Today would have been my mother’s 77 th birthday.  It is nearly three years since she died and these occasions do not get any easier to deal with in terms of the loss felt, but I have to come to a point where I see them as days to celebrate her life, rather than mourn her passing. My mum was diagnosed with breast cancer in 1998. After undergoing chemotherapy and radiotherapy, she was given the all clear in 2000.   However, in 2012, the cancer returned, this time spreading into bone cancer.   After nearly a year of treatment, my mum was told she could, with healthy food and a positive attitude, live five good years. It was a diagnosis that, looking back, we did not pay enough attention to.   Somehow, not only she, but all of us, felt that it was something she could overcome, for, after all, she had done it before.   We forgot she was younger when she fought the first battle against cancer, and her circumstances were different. My dad was working and their lives were otherwise stab
2 comments
Read more Smile, though your heart is breaking

The Arab version of This September Sun officially in print 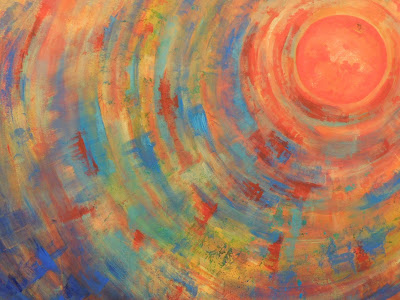 This September Sun in Art (from amaBooks' blog)

This September Sun by Bryony Rheam