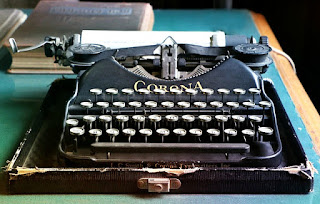 I have met many people who tell me they would love to write a book but they don’t know what to write about.  The problem as I see it is that they expect an entire story to ‘come’ to them all at once and I would be very surprised if this happens even to the most experienced of writers. It is often a chance remark or a fleeting glimpse of something that gives authors those 'Aha' moments. Here are some tips for getting started.


OBSERVE  Being a writer requires you to be an observer. Writers are nosy people.  You watch, you record, you remember.  You yourself are probably a bit ‘odd’ or different.  You always feel as though you don’t really fit in.  You’re a loner.  You imagine what it is like to be other people - how do they think, what do they say and do. 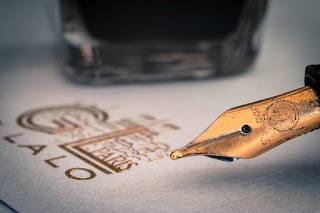 When you notice the way someone holds their coffee cup or the way they position their glasses in order to read a menu, you are writing, gathering information for some character down the line. Become aware of expressions people use and the language they employ. Look out for the little details – someone who never finishes their cup of tea, for example - or things that don’t quite fit the picture.  Even something as small as a button sewn on with the wrong colour thread can be interesting.
As well as being an author, I also run a bed and breakfast with my partner, John. Sometimes I clean the rooms myself and often find it quite a fascinating window into the ways in which other people live. It is details like how pillows someone uses, what they keep next to their bed, whether a couple uses a queen size bed or two singles, even whether they open the curtains in the morning or leave them closed, that I find  interesting. These are all clues to character.


RECORD I have a notebook I carry with me everywhere which is used for a variety of functions, such as writing shopping lists and playing noughts and crosses with my daughters while waiting to see the doctor. The prime reason I bought it, however, was to record any interesting lines that came to me or any good descriptions.  One page reads: milk, cheese, chicken, eggs, Dentist (in capital letters) and then ‘man who walks on the back of his shoes’.  It was an observation I made of a man who was dressed very smartly, but then I noticed he wasn’t wearing his shoes correctly.  It was as though the suit was just for appearance sake, but really he was very tired and longed to relax. On a different page is written 'words in boxes'.  During an IT seminar I once attended, I noticed that the teacher would write a word on the board and then surround it with a box. i recently used this detail in my new book, All Come to Dust. 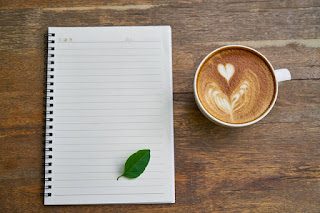 Sometimes I hear a line – someone says something, for example – and I think that would be a good title for a story. I jot it down and then I start thinking about what it means and what it applies to and soon the story starts to grow.  The first short story I had published was The Queue.  Set at the beginning of the economic crisis in Zimbabwe back in 2001, it centres on the life of an elderly lady who is struggling to make ends meet and to come to terms with a world that for her is in decline. The inspiration for this story came a few years beforehand when I saw an elderly lady lose her temper with a man who jumped the queue in a post office. The scene stayed with me until the day I decided to use it.  I then began to think of a character – who was she?  What was she like when she was younger?  What had happened to her in her life?


Similarly, the inspiration for This September Sun came from a conversation I had with flatmates in London when I was about 23.  Someone said that at Independence in 1980, the soldiers at Brady Barracks in Bulawayo had burnt the British flag. Afterwards, I had a line that went round and round in my head: ‘On the eighteenth of April, 1980, my grandfather burnt the British flag.’ Why my grandfather?  I didn’t know.  I didn’t know any of the characters.  All I knew is that I had a line and the line suggested conflict. It is this that I then began to explore.

LISTEN The world is 99% filled with people who don’t listen.  Everyone is so eager to talk and tell their story, but not many people are prepared to listen to others. Most people like to have an audience, even if it is only of one person.  Become a good listener. I had to do a lot of research for This September Sun and I got many of my ideas from stories people told me. Life, you will find, is far stranger than fiction and you’ll probably hear a couple of stories that will make you think I can’t possibly use that.  Nobody would believe me. The stories I heard taught me not to have stereotypes of people and not to assume certain facts about anyone. 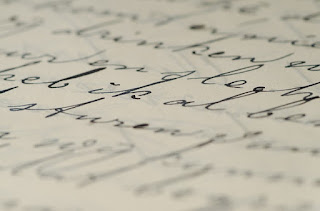 BE WILLING TO BE LED You may find that you have a notebook full of observations, comments, lines and descriptions and you still don’t know what to do with them.  Choose one or two and see if you can ‘flesh them out’.  Take my line about the man who walks on the back of his shoes.  Why?  Are the shoes too small for him?  Are they not his? If not, who gave them to him? Who is he?  Where does he live?  Where does he work?  Gradually, things start coming together and suddenly you have a paragraph, two paragraphs, a chapter maybe or an entire story. Don’t even ask yourself where the story is going; it will come to you.
Parts of this blog were used in a Creative Writing workshop at NUST in February 2017.
Email Post
Labels: Bryony Rheam This September Sun writing writing tips