Authors of the Month: Tendai Huchu and Bryony Rheam

Authors of the Month: Tendai Huchu and Bryony Rheam

This month we’re celebrating our two Zimbabwean authors: Tendai Huchu and Bryony Rheam. Both will be appearing this month at Africa Utopia at the Southbank Centre in London with their respective books: The Maestro, the Magistrate & the Mathematician and This September Sun.

The Maestro, the Magistrate & the Mathematician
Three very different men struggle with thoughts of belonging, loss, identity and love as they attempt to find a place for themselves in Britain. The Magistrate tries to create new memories and roots, fusing a wandering exploration of Edinburgh with music. The Maestro, a depressed, quixotic character, sinks out of the real world into the fantastic world of literature. The Mathematician, full of youth, follows a carefree, hedonistic lifestyle, until their three universes collide. In this carefully crafted, multi- layered novel, Tendai Huchu, with his inimitable humour, reveals much about the Zimbabwe story as he draws the reader deep into the lives of the three main characters.


‘An unusually astute and unflinching writer’ -- The Guardian
‘Tendai Huchu illustrates universal notions well’ --The Examiner
‘Tendai Huchu seems to the be the great-grandchild of Jonathan Swift with many voices in his head’ --Frankurter Allgemeine Zeitung
‘I could not let this book rest...The lead characters of The Maestro, The Magistrate & The Mathematician are made “accessible” through the craftsmanship of Tendai Huchu’ --Dr Rosetta Codling 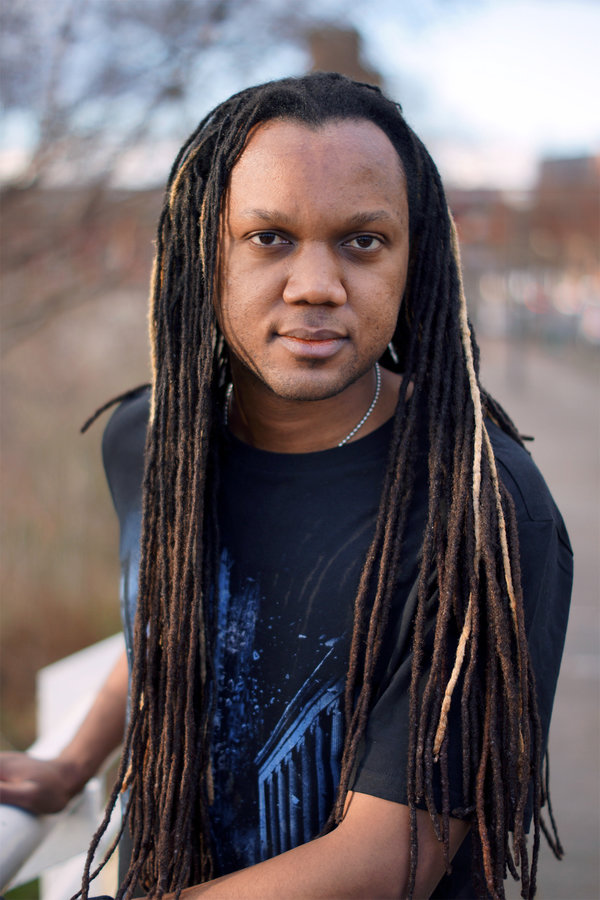 In 2013 Tendai was the recipient of a Hawthornden Fellowship and a Sacatar Fellowship.
He was shortlisted for the 2014 Caine Prize.
Tendai Huchu’s first novel, The Hairdresser of Harare, was released in 2010 to critical acclaim, and has been translated into German, French, and Italian. His short fiction and nonfiction have appeared in The Manchester Review, Ellery Queen’s Mystery Magazine, Gutter, Interzone, AfroSF, Wasafiri, Warscapes, The Africa Report, Kwani?, and numerous other publications.
The New York Times reviewed Tendai’s The Hairdresser of Harare ahead of his appearance at the Edinburgh Festival Fringe in August.


'...American publishing has embraced a vibrant chorus of voices from the African continent — Adichie, NoViolet Bulawayo and Chigozie Obioma among others. To which we can now add one more, Tendai Huchu, whose debut novel, “The Hairdresser of Harare,” [...] provides a fresh and moving account of contemporary Zimbabwe. [...] “The Hairdresser of Harare” ultimately wins us over with the vividness of its setting and characters, and with its reminder of the multitude of rich stories to be found in their daily lives.'

Africa Utopia, Sat 12 September
Saturday's talks look at the how the arts across the continent are affecting social change.
Who is shaping African design? What varies between different regions? How are the arts challenging stereotypes and existing narratives about the continent?
Hear from leading African and diaspora designers, writers, performers and creators, including Tendai Huchu.
£15 (£7.50) Saturday Pass | Purchase here
Tendai tweets at @TendaiHuchu
Purchase The Maestro, the Magistrate & the Mathematician here

This September Sun
Winner of the Best First Book Award at Zimbabwe International Book Fair 2010
Ellie is a shy girl growing up in post-Independence Zimbabwe, longing for escape from the confines of small-town life. When she eventually moves to Britain, her wish seems to have come true. But life there is not all she imagined. And when her grandmother Evelyn is brutally murdered, a set of diaries are uncovered – spilling out family secrets and recounting a young Evelyn's passionate and dangerous affair with a powerful married man.
In the light of new discoveries, Ellie begins to re-evaluate her relationship with her grandmother, and must face up to some truths about herself in the process. Set against the backdrop of a country
in change, Ellie – burdened by the memories and the misunderstandings of the past – must also find a way to move forward in her own romantic endeavours.


'Brilliantly evokes the ennui of the pre-Independence settler community who measure out their lives in cups of tea, sundowners, and illicit affairs.' --John Eppel
'As she uncovers Evelyn's secrets in the diaries, Ellie is forced to reconsider her relationship with her family and also to reexamine how she lives her own life...it's the personal moments and conflicts that drive this narrative of family secrets and forgiveness'. --Publishers Weekly

Bryony Rheam was born in Kadoma and lived in Bulawayo from the age of eight until she left school. She studied for a BA and an MA in English Literature in the United Kingdom and then taught in Singapore for a year before returning to teach in Zimbabwe in 2001.
She was part of the British Council sponsored Crossing Borders creative writing project and has had short stories published in several anthologies, including all three volumes in the Short Writings from Bulawayo series and in Long Time Coming: Short Writings from Zimbabwe. Bryony won the Intwasa Arts Festival koBulawayo Short Story Competition in 2006.
Online Zimbabwean blogger, Bookshy, listed Bryony’s debut novel This September Sun as one of the top 50 books by African Women.
She also won the Write Your Own Christie competition in 2014. According to the panel 'it was a confident chapter with a terrific ending'.
African Pulp/Genre, Sun 13 September
Romance, sci-fi, horror, crime, erotica, utopia, historical fiction: we delve into the very best of African pulp and genre fiction to look at how it’s changing the narrative of African fiction.
Purcell Room at Queen Elizabeth Hall
2 - 3pm
£15 (£7.50) Sunday Pass | Purchase here
Buy This September Sun here
Email Post