My Love of Agatha Christie 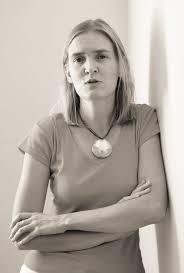 Agatha and I go back a long way.  As a child, my grandmother was an avid reader of her novels and when I went to the library to change my gran's books for her, I was often asked to pick up an Agatha Christie or two.  So it was that I became familiar with many of her titles and the covers of the Fontana paperback editions of her books (there were the odd Crime Club editions as well).  We also went to watch film versions of Murder on the Orient Express, Evil Under the Sun and Endless Night.  I was absolutely scared stiff and remember having difficulty going to sleep afterwards!  We would watch television adaptations of Miss Marple and Hercule Poirot as a family.  No one answered the phone and any visitors at the door were viewed with impatient disdain.  During the adverts, someone would rush out and make a cup of tea and then rush back, often asking frantically 'What did I miss?  Did I miss anything?' 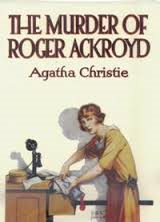 The first Christie I read was The Murder of Roger Ackroyd.  I was thirteen and it was one of the first 'grown up novels' I remember reading.  The twist at the end stayed with me for days and I thought over and over it.  It was both clever and sinister at the same time and it is still one of my favourite Christies.  At university I read a lot of 'good' literature and, being an English teacher, I have continued in this vein.  However, a couple of years ago, I had this sudden longing to read an Agatha Christie again.  Our modern lives have become so incredibly hectic as we try and balance work and home life that there is something so comforting about escaping into a world in which everything runs smoothly and on time and yet never seems rushed.  One can almost hear the gentle tick of the clock and the kettle boiling in the background!
I live in north western Zambia, in a small mining town called Solwezi.  Life could not be more different from a 1940s English country village.  It is dry and dusty for most of the year until we suffer torrential rain and the roads turn to thick mud.  The roads are full of potholes and broken down lorries and goats and rubbish.  Most of the shops are tiny shacks and the majority of people here live off their meagre daily earnings selling tomatoes and sweet potatoes; single cigarettes and sweets. 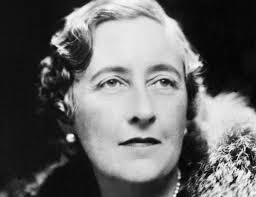 I have lived most of my life in Africa; mainly in Zimbabwe, where I was born.  My parents are British and I had a slightly old-fashioned upbringing.  We had tea at four religiously and always in teacups with saucers.  I believed in fairies and goblins and pixies and Christmas was always disappointingly hot.  Yet when I went to live in the UK as a student, it was a disappointment.  There were things that I did love, like a rail system that ran like clockwork and I cannot explain the thrill of having post come through the front door - sometimes twice a day!  However, life in the UK is very rushed and materialistic.  In many ways, my life in sleepy Bulawayo was more Christie like.
Christie is often associated with a certain age: generally the 20s to about the 50s.  Many people either don't know or forget that she wrote right up to her death in 1975.  One thing I find quite fascinating is watching how British society changes from one of servant filled mansions and lady's maids to the problems of finding the right 'daily' to come in for  a few hours.  Christie shows how people never change though fashions and fortunes fluctuate.  Her characters in Third Girl are no different at heart to those in Lord Edgeware Dies. 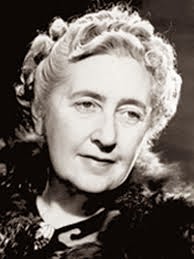 Agatha Christie's England is still there, but it is becoming harder to find.  I am one of those people who love period dramas: Foyle's War, Downton Abbey and the like.  I often think I was born in the wrong age and would have loved to have lived in the inter war years in Britain.  I love collecting old furniture and books and I'd love to have tea at four every day with a proper tea set!  Funnily enough, many of Agatha Christie's novels lack period detail.  She did not spend a lot of time on description; one of the criticisms of her work often raised by those who do not appreciate her quite so vociferously as the likes of me, is that her characters lack depth and tend to reappear in different forms in different novels.
Agatha Christie was not alone in prizing plot over character; many of her contemporaries such as Ngaio Marsh were the same.  However, the great thing about this is that you are drawn to working out the puzzle.  You don't get lost in a character's thoughts and that can be quite a relief.
There is a certain snobbery these days about what one is reading.  I often face blank looks when I say I've just read The Mysterious Affair at Styles or The Man in the Brown Suit.  I recently attended a Caine Prize workshop and I could feel a number of judgemental eyes flicker over my copy of Towards Zero.  'Oh, I used to read those,' someone said rather dismissively, as though it were a child's book.  Yet Agatha Christie inspired my own writing in my novel, This September Sun.  In it, one of the main characters, Evelyn ruminates on the way in which Christie wrote her novels and their effect on her.
More than any other author, Agatha Christie seems to link times in my life: when I was a child listening to my grandmother's stories about all the exotic places, like India and Bahrain, where she had lived, to my early adult reading experiences and right through to where I am now as an author.
I recently won a competition run by AgathaChristie.com which involved continuing a chapter in the style of Agatha Christie.  I was runner up in April and was determined to win in May.  I was so delighted to receive the news that I was the winner because I had worked so hard on the chapter, plotting the reasons behind the crime and offering a solution.  My five year old daughter, delighted that I had won something, asked me excitedly what the prize was.  'Dinner with Agatha Christie's grandson,' I replied, to which she turned up her nose and answered: 'That's not a prize!'
But for me, it's a great achievement and it's the culmination of many years of love of a great writer.  It's a long journey from Solwezi to London - but I'm determined I will be there.