The Bvumba is a special place for me: as a child, my family spent many holidays there and I have lots of special memories of long walks through the jungly terrain, sitting next to a huge open fire in the evenings and watching the mist rise as the sun came up in the morning.  In 1981, we lived for a year in Penhalonga, not far from Mutare along the Mozambican border.  I remember going to school in a very old bus, chugging up Christmas Pass and then that wonderful sense of almost freewheeling it down the other side into Mutare where I went to school.  It was a time of great transition in Zimbabwe: black children were allowed into what had predominantly been white government schools, and many white people were leaving for places such as South Africa and Australia.  The war in Mozambique was still in full force and, for all that we were so near, we may as well have been on a different planet.  The only interaction we had with the country was through the itinerant border jumpers who came across to sell the food aid they had received from West Germany: tins of fish which they couldn’t open. 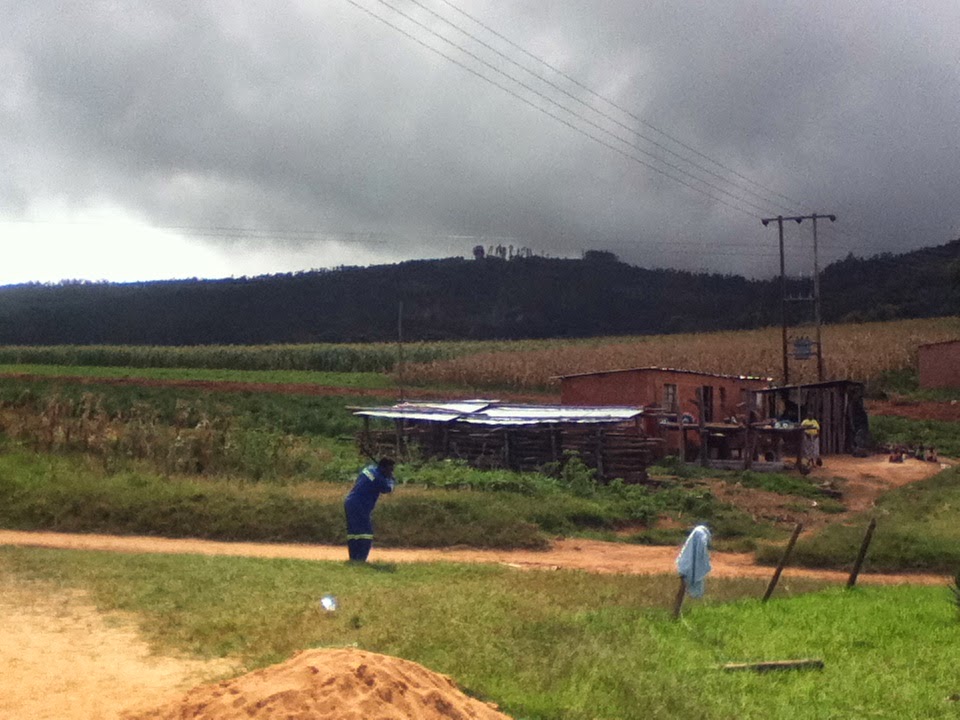 Years later and here I was in the Bvumba once again, attending a Caine Prize workshop.  Towards the end of our time there, we were divided into groups of four and sent off to different schools to give a talk about our writing. St. Werburgh is situated on the Burma Valley Road, on the other side of the mountain that dominates Leopard Rock.  It is an Anglican school, started in 1897, but it receives no funding from the church.  Originally situated on white commercial land, from whom it received some financial help, the school is now on its own, relying on US$25 a term school fees from its 900+ pupils. 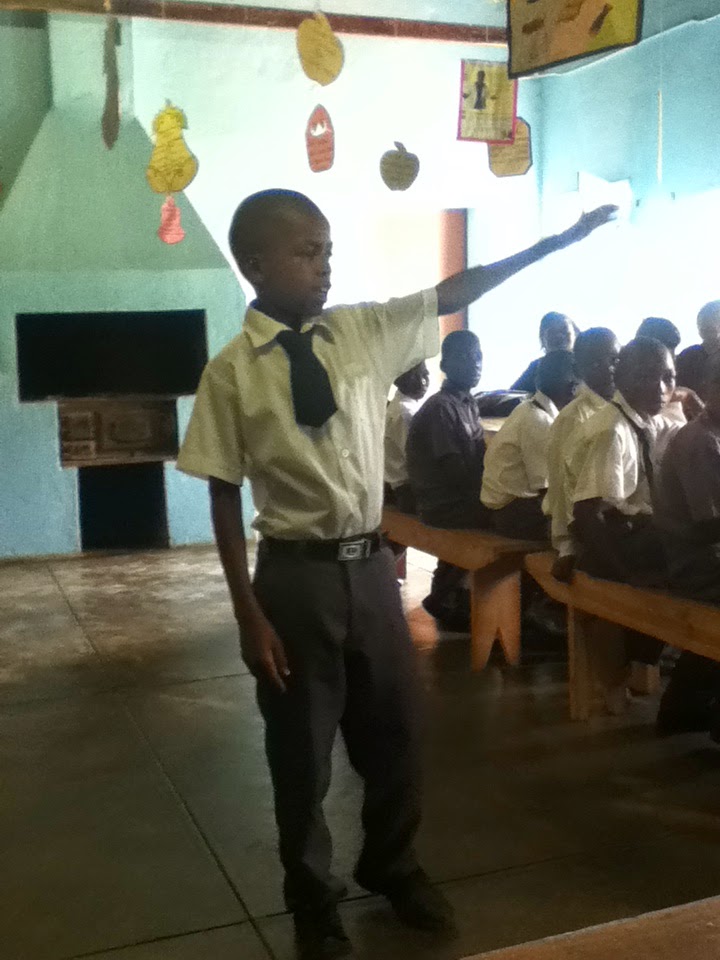 The other groups of writers went to secondary schools to give talks whereas we were invited to speak to the primary school’s Young Writer’s Club, a group of 8-12 year olds.  That the school had such a group was of great interest to me as an English teacher.  From my own experience, such clubs are attended by few and usually run out of enthusiasm quite quickly.  However, the 40 or so children who all trouped into the classroom to meet us proved that this was a writing club with a difference.  Luckily, it is headed by teachers who are keen to teach and share their ideas with the children in their care.


We were shown their writing books in which they had recorded details about their families  -many of them are being brought up entirely by their mothers – and about trips away to a nearby waterfall and the museum in Mutare.  They had also written an imaginative story; one about a rat who ate the back of a man’s coat sticks in my mind.  The man wore the coat, not knowing that the back was missing and everyone laughed at him as he walked down the road!


What really struck me as I read the children’s work was how good their English was.  I work at a private school in Zambia where school fees are between US$3000-5000 a term (depending on if they are primary/secondary and boarding/day-scholars) and yet the standard of English is incredibly poor.  The pupils I teach are not all first language English speakers, but they all speak English at school.  At the age of fifteen, they struggle to hand in an essay which is more than one side of an A4 page long and which has a clear beginning, middle and end.  Yet these children in a remote government school in Zimbabwe have already got to grips with the basic structure of a story.


Another thing which impressed me was the ease with which the children could stand up and recite poems to the audience.  Not many students I teach could do that from memory or they would mumble and look self-conscious and try to slink off without being noticed.


It is a generally accepted fact that if anyone wants to be a good writer, they have to be a good reader. I give talks to parents about the importance of reading to their children because more and more children are writing within a vacuum.  They have nothing to stimulate their imaginations because no one is reading to them, including teachers, who often don’t value reading as it’s not ‘part of the syllabus’.  At St. Werburgh the problem is a different one.  They don’t have any books to read to the children.  Unfortunately, the suggestion to download free books off the Internet, was not a particularly practical one in an area with no cell phone signal, never mind Internet access.


The children sang for us and we were also taken on a tour of the school before being offered mealies to eat.  On the tour, we saw the IT department and the special needs class.  There is also a class for children with autism and downs syndrome.  One of the girls is brain damaged after being hit by a car.  What I saw in the classrooms is some very progressive teaching practice.  There is a rota on the wall for cleaning the classroom; the children are taught skills such as knitting and the teacher plays music through her cell phone to provide stimulation.  She says that ideally they would like a CD player and I can feel that hint in her voice that hopes I might be the provider of such a machine.


I was impressed by the amount of pictures on the wall, some standard Ministry of Education posters about cholera and the importance of washing hands, but also handmade ones, some out of old corn flakes packets – vowel sounds and times tables.  It occured to me that the reason these children’s English is of such a good standard is because the basic teaching practice in Zimbabwean government schools still focuses on spelling rules and multiplication tables.  This is something that has been forgotten in many private schools and only recently has its significance re-emerged in the UK. 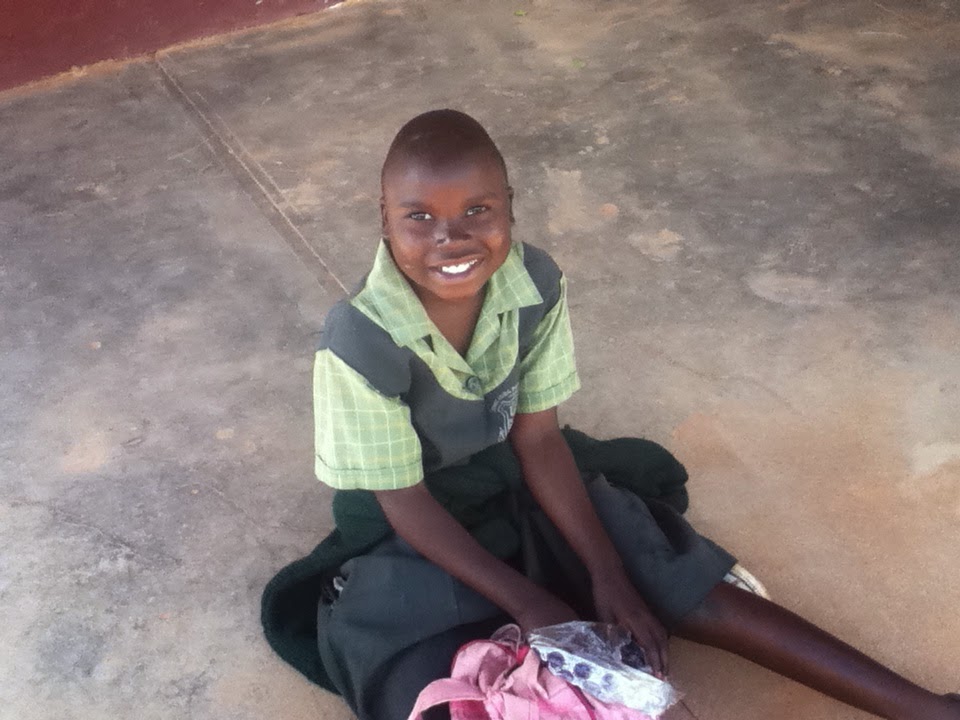 Abdul made a name for himself by learning part of a Shona song and also teaching a large group of school children who had gathered round him a Swahili song.  The area the school is situated in is a truly beautiful one and I couldn’t help envying the children for living in such an area.  However, it is also a place of incredible hardship.  Most of the parents who send their children to this school are subsistence farmers.  As they all tend to grow the same crop, maize, the price of a bucket of mealies is dirt cheap.  US$25 a term in school fees may not sound like a lot of money, but it certainly is for these people.  Some of the children faint during the school day as they have had nothing to eat all morning and the school cannot possibly feed them.


It is hard sometimes, considering the history of Zimbabwe in the last fifteen years, to understand why education is still so valued in the country.  Many of the children wrote how they wanted to be pilots or lawyers because ‘that’s how you make lots of money’.  Yet the country wide pass rate for ZIMSEC O level is 16%.  Even if these pupils do go on and get their A Levels, what then?  According to one of the teachers, the best thing to do would be to teach the pupils a skill so that they can actually do something practical, besides farming, when they leave.


Some of the children live as far as ten kilometres away, up the mountain and must not delay in their start to the long walk home.  They walk in groups as there is a danger that, especially girls, may be attacked and raped if they are on their own.  In the past, some children have disappeared, probably taken for body parts, although this hasn’t happened for a while. 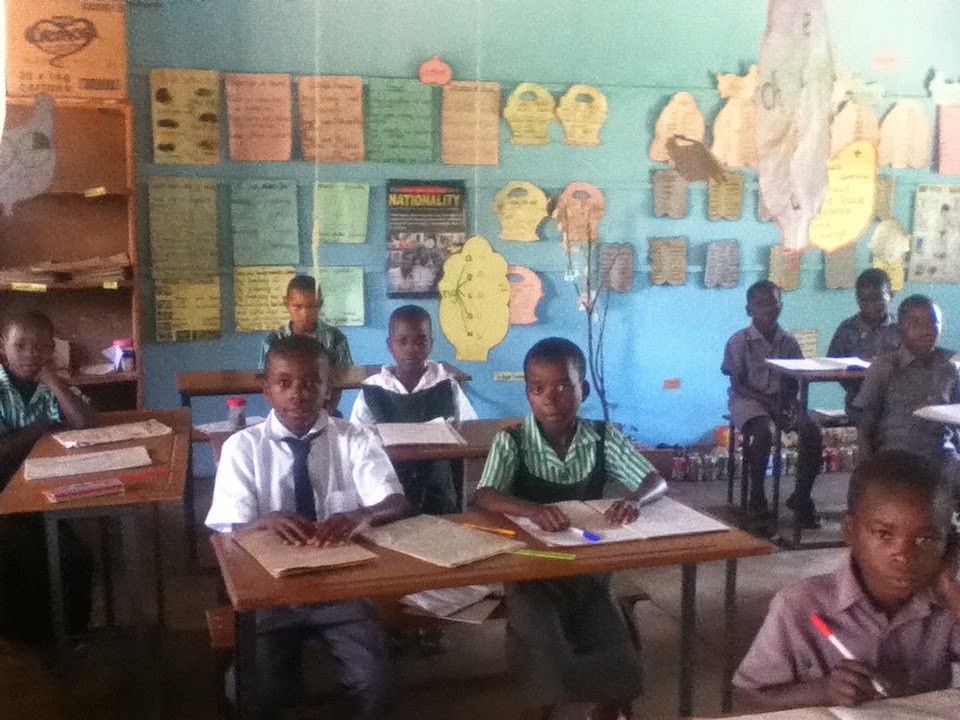 We leave after an exchange of email addresses and phone numbers.  Can I get any of the teachers a job in Zambia?  An average teacher in Zimbabwe earns just short of US$500 a month, regardless of experience and qualifications.  A government school teacher in Zambia can earn around US$1000 a month and they are often given car and housing loans.


As we drive away, I marvel at the resilience of these teachers, people who obviously pour so much of their time and effort into teaching these children and who receive very little monetary recompense for it.  The landscape is incredibly beautiful as the car bumps and bounces down the road.  I think again of our family holidays, how there was always this feeling of security, of knowing what was going to happen.  Today I feel that we spend too much time ticking off places we have gone to.  Holidays must always be somewhere different, somewhere exotic.  Yet there is something endearingly comforting about having a favourite place. It is a long time since we spent those holidays in the Bvumba and much has happened in both my family life and the life of Zimbabwe, and for me the country of my birth is a paradoxical mixture of love and incredible sadness.  I wish in many ways that the workshop had been held elsewhere, in a place with no emotional investment for me.  I think of my story that I have written over the course of the workshop.  It is sad, but it is also about letting go.  I suppose that’s what I want to do really, let go.  But in my heart of hearts, I can’t.  It’s under my skin, you see, and that’s why it’s me who can never really leave it.