Skip to main content
Labels
May 29, 2013
This September Sun was positively reviewed in the April 29, 2013 issue of Publishers Weekly. The complete review is below and is available online via the link. 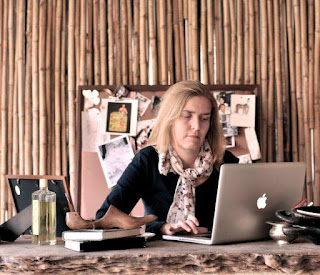 This September Sun
Bryony Rheam.  $14.95 (420p) ISBN 978-1-906998-53-0
Rheam's debut novel follows Ellie, a shy, bookish girl growing up in Zimbabwe while navigating personal and political drama. The novel opens on Ellie's sixth birthday, a momentous day in her life as it marks two events: Zimbabwe 's independence from Britain , and Ellie's grandmother, Evelyn, leaving her grandfather to live on her own. While Ellie's grandfather feared that independence meant "The end was near" for White settlers like themselves in Zimbabwe, Evelyn embraces the changes as a headstrong woman unafraid of her own freedom. Through her adolescence, Ellie grows closer to her grandmother who encourages her to continue her education in England . After Evelyn dies, Ellie returns to Zimbabwe and discovers a series of diaries her grandma kept that reveal an illicit affair she had carried on throughout her marriage. As she uncovers Evelyn's secrets in the diaries, Ellie is forced to reconsider her relationship with her family and also to reexamine how she lives her own life. The lengthy novel feels repetitive at times as we experience events firsthand from Ellie's perspective and then again as reflected upon in Evelyn's diaries. Still, it's the personal moments and conflicts that drive this narrative of family secrets and forgiveness.